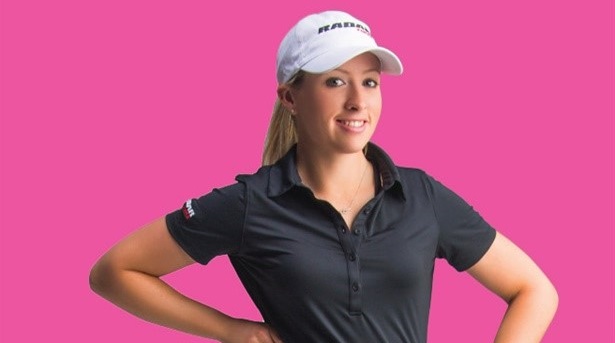 Thank you for supporting Jodi Ewart Shadoff’s fundraising efforts for Play for P.I.N.K.!

Donations will be collected during October & November

Please cheer on Jodi as she competes in the following golf tournaments:

Jodi’s most successful season to date is 2013 when she finished tied for 7th in the 2013 Kraft Nabisco Championship and tied for 4th in the 2013 U.S. Women’s Open. Her best finish to date is 2nd at the 2017 Women’s British Open. She qualified for the Ladies European Tour (LET) in 2012 by winning at the LET Final Qualifying Tournament. After the conclusion of the 2013 Women’s British Open, she was chosen by Liselotte Neumann as one of her four captain’s selections to the 2013 European Solheim Cup Team for the matches to be held in Colorado. In 2017, she had the fourth highest total of LET Solheim Cup, qualifying her to compete for the 2017 European Solheim Cup Team held in Des Moines, Iowa.