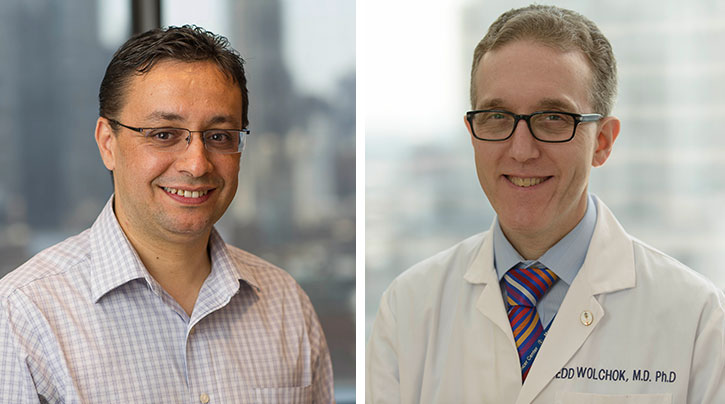 Immunotherapy—one of the most exciting fields of research today—shows promise in treating cancers such as metastatic melanoma, lung, bladder and possibly breast cancer, but not everyone responds. When immunotherapy works, it works well, according to Dr. Taha Merghoub and colleagues at Memorial Sloan Kettering Cancer Center. Drs. Merghoub, Wolchok and colleagues recently published new research that reviews why some patients do not respond to immunotherapy and potential discoveries that aim to improve response rates.

Cancer immunotherapy involves harnessing a patient’s own immune system to attack cancer cells. Scientists have known for more than a century that the immune system can detect and kill cancer cells, but the challenge has been how to unmask tumor cells and make them visible to the immune system. In this work, Dr. Merghoub and colleagues showed that some tumors recruit special cells (tumor-associated myeloid cells) that can prevent the immune system from attacking the tumor cells. They then showed that the drug, called IPI-549, was able to reduce the number of these cells and make these tumors more responsive to immunotherapy. Recent major discoveries in immune-targeted therapies are leading the way in a new era of cancer immunotherapy and clinical trials are ongoing in different cancer types including metastatic breast cancer.

In addition to the work reported in Nature, Drs. Wolchok and Merghoub are working on several other projects including:

In the next year, they will continue to investigate ways to use the immune system to treat breast cancer. Collectively, these studies will have a significant impact on advancing immunotherapy to improve breast cancer outcomes.

If not for BCRF/PFP, we would not have been able to test novel therapeutic combinations that will inform future clinical trials of treatment combinations in patients with breast cancer.