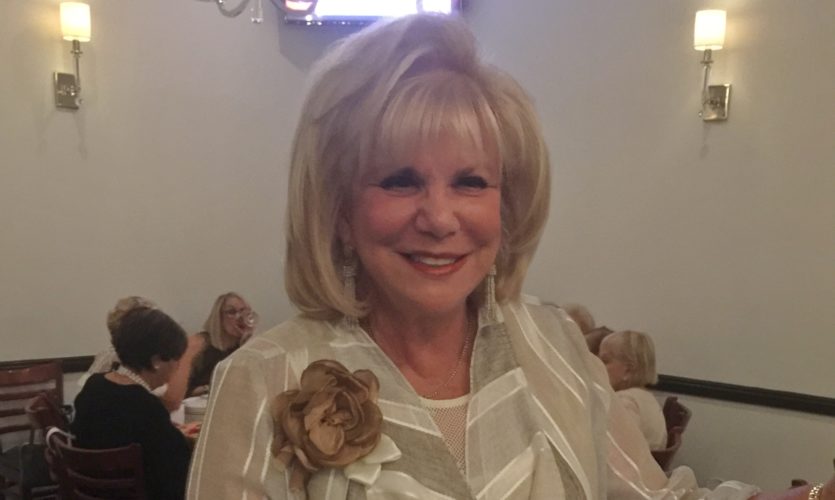 Our new series spotlights event Chairs who have been involved with Play for P.I.N.K.  for nearly two decades,  some even longer.  We are delighted to feature Alice Kent, as our first P.I.N.K. All Star:

It’s very easy to become motivated by Play for P.I.N.K. So many people want to participate in the event, that you can’t help but smile and feel good that you are a part of the planning for the day.

As a breast cancer survivor from the late 1980’s, I felt good about giving something back and became involved in the early 90’s. The first event was at Alpine Country Club in New Jersey and a friend attended. She wanted Crestmont Country Club to do the same. I worked on the committee and before I knew it, became a chair with her for three years.  At that time, the money raised went to the Breast Center at Memorial Sloan Kettering Cancer Center with which Evelyn Lauder was involved.

In 1996, Play for P.I.N.K. partnered with the Breast Cancer Research Foundation, that Mrs. Lauder founded. Now, the money we raised would be directed to researchers all over the world.

Play for P.I.N.K gives 100% of all proceeds to BCRF. Being one of the of the most fiscally responsible charities in the country, BCRF consistently receives high marks and ratings from both Charity Navigator and CharityWatch. The money goes where I want it to go: to life-saving research, not to administrative costs, which is why I continue to raise funds for this charity.

For that reason, I presented Play for P.I.N.K. to the Women’s Golf Association in St. Andrews Country Club in Boca Raton about 12 years ago. They, too, agreed that this was a great charity for a Tuesday tournament. So, my involvement goes from New Jersey in July to Florida in February. It’s a lot of work, but it’s a do good/feel good effort. What’s nice is that women from so many other, various clubs feel the way I do and like to share their ideas. We are a community as much as we are a charity.